With thanks to Nondumiso Hlwele 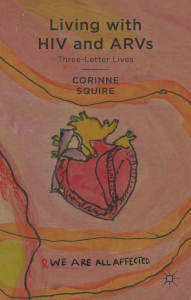 In 2012, I interviewed seventeen people, some of whom I had talked to around ten years before, about their experiences of living with HIV in South Africa. Some of the interviewees had been involved in a similar, larger study I did ten years before. I wanted to extend that study, to investigate the new situation of people living long-term with HIV and ARVs in South Africa, in the difficult context of global financial crisis and national and local resource constraints.

Among the new interviewees this time were a number of women from Etafeni’s income generation group. In what follows, many of their experiences and views are represented.

Medically, most people in the study were doing well on ARVs. This new-found health promoted acceptance, reduced stigma, and helped study participants to educate others. As Nicco (all names here are pseudonyms) put it, ‘I am HIV positive, I am on treatment, ARVs, regime 1, 3TC, D4T, Nevirapine, I like my status too much…Before I was getting challenges through my family but I was able to accept, it was needed to live and to be positive – and also I like to give more information, to change the situation of the community’.

However, physical and mental conditions linked to long-term life with HIV and ARVs – neuropathy, skin conditions, high blood pressure, heart disease, diabetes and kidney problems – were becoming difficult. Treatment for these conditions was often hard to get, and in some cases had been cut. At the same time, many people were taking their health into their own hands in very effective ways. They were quizzing their doctors, finding herbal remedies for some side-effects, pursuing good nutrition and exercise, and educating their own families about healthy eating.

In terms of psychosocial support, HIV positive people reported much more help from relationship partners, family members, friends, and church communities than in the previous interview rounds. However, HIV stigma remained an everyday experience, and interviewees were careful about disclosing their status. HIV services like support groups or the income generation group at Etefeni were an important second ‘family’ for them. Nolundi told how her friends ‘are still not understanding HIV… there was happiness to stay with people living with HIV, talking the same talk’. The difficult history of the HIV epidemic in South Africa also meant that HIV continued to be a sad and traumatic issue in many families. As Nonkosi said, ‘All the memories of the house was the sickness’.

Now that treatment was widely accessible, many study participants were keenly focused on education and employment: issues that Etefeni’s beading, needlecraft and embroidery training and work programmes enabled them to pursue. As Boniswa described it, ‘I want work, like working with my hands, to do things with my hands, things that are going to make me to have money, like sewing. Those are the things I want in my life’.

Such ambitions are problematic in a low-employment economy in the midst of recession. Informal economic activities like hairdressing, though going well, were constrained by lack of investment. Interviewees had lost jobs, disability allowance, and income from projects such as the Etafeni beading and sewing groups. As a result, some said that occasionally, they did not take ARVs or give them to their children because of lack of food. Some had no money for children’s school buses or uniforms, or to return to education themselves. Others were losing hard-won resources, such as an instalment-bought refrigerator, as incomes fell. It seemed that market solutions to market problems were not arriving quickly or uniformly. HIV services provided on human rights grounds, such as meals and food support for children, continued to be vital for safeguarding HIV positive people’s health and human security.

Study participants told many stories that demonstrated their ongoing efforts to find and build economic, social and cultural capital. Groups and facilities lke those at Etafeni were crucial in their development of such resources. Participants also demonstrated the symbolic capital many now had in their communities as HIV positive or highly HIV-concerned health, sexuality and lifestyle educators. Many of the women interviewed at Etafeni, for instance, had acquired knowledge and understanding there about HIV, that they were able to share with family, friends and community. However, this active and creative seeking out and development of resources by HIV positive people has to been seen within the constraints of a middle-income country with large wealth disparities and high levels of health, social and economic resource constraint; a very resource-demanding epidemic; and an epidemic whose long-wave social and psychological effects are still hard to recognise fully, let alone address.

Footnote: I have written about this study and a parallel UK study in my book, Living with HIV and ARVs: Three-letter lives (Palgrave, 2013).

Etafeni is a multi-purpose centre for children affected by AIDS and their caregivers in Nyanga, Cape Town, South Africa.

Connect with us on: